As lacrosse is such a popular sport, especially in the United States, you are forced to think about whether it will go mainstream at some point. Many times, sports, items, and foods that become popular at some point, will become mainstream and constantly seen. Will that be the case for lacrosse?

Lacrosse will most likely become mainstream at some point because it’s marketed like never before to gain more interest and participation, with a good success rate. In addition, more high schools and colleges have lacrosse teams than ever.

As a result, lacrosse is growing in popularity year after year. In fact, an NCAA (National Collegiate Athletic Association) study shows that men’s lacrosse teams grew by 61% from 2003 to 2018, and women’s teams grew nearly 100% in the same span.

In addition, Statista shows that in 2006, there were 16 400 men lacrosse players and 10 200 women players, whereas, in 2018, the men players grew to 25 500 and women players to 17 600. Note that these numbers are from the collegiate level. Nonetheless, the growth has been steady even when there is room to grow even more and faster.

That being said, there is no doubt that lacrosse is growing in popularity. It’s just a matter of time when we can call it mainstream, at least in the United States. Only Canada is even near in lacrosse popularity, with Denmark, Australia, and the United Kingdom lacking behind on third, fourth, and fifth most popular lacrosse countries in the world.

I explained that lacrosse is rising in interest, participation, and marketing efforts. So, let’s take a closer look at each of the categories and see what’s really happening in the world of lacrosse.

Why Is Lacrosse Becoming Popular?

For years, lacrosse has been a well-known sport, but you can boost the popularity and knowledge of everything by marketing it.

For example, you can see lacrosse in world-famous series such as Teen Wolf, where lacrosse is the Beacon Hills High School sport, and in Blue Mountain State, where the football teams’ worst college turf competition are the rich lacrosse boys with fancy cars and nice hair.

Lacrosse isn’t marketed only in popular culture, but it\s heavily advertised professionally. Since PLL (Premier Lacrosse League), the American professional lacrosse league, was started in 2019, marketing and advertising have been pushed to gain more awareness.

This takes us to the next section: interest.

Thanks to the raised awareness and accessibility of lacrosse, the interest has clearly risen. The dream of all serious lacrosse players fans became true in 2019 when the professional lacrosse league launched its debut.

Ever since it’s clear that lacrosse popularity and interest have started to gain that famous snowball effect, it only grows faster and faster each year.

It’s the dream of many young lacrosse players to be admired professional athletes at some point, and now it’s finally possible. The money on professional leagues undoubtedly draws attention to the sport as well.

According to comparably, the average lacrosse player salary in the US is over $60,000, and the top 25% makes around $187,000. That’s a nice living right there, even though it doesn’t come close to the compensation of professional tennis players or other globally famous sports.

Naturally, when interest grows, so does participation.

Thanks to the marketing efforts, the debut of PLL, and the grown interest in lacrosse, the people playing have also risen.

In recent years, dozens if not hundreds of new lacrosse hobbyist clubs and teams have been established, which further accelerates the road to a mainstream sport.

The fastest growth is seen in youth lacrosse, thanks to the quickly provided club leagues and lacrosse camps. Also, many high schools and colleges have doubled down on lacrosse so that football, baseball, and softball are.

When lacrosse has been on the rise, baseball and football have decreased in popularity for many reasons.

Baseball has lost its former glory, even though it’s still the most played and watched sport right behind football because the games are so darn long. In fact, the average MLB game lasts approximately three hours which is too much for many people.

Football, however, is a very dangerous sport with concussion levels and injuries far above any sport. St. Lukes Health states that there are over 455,000 football injuries annually, which is just massive if you think about it.

In lacrosse, the injury risk is moderate, which is better than highly likely, and the regulation match time is only 60 minutes which is more tolerable for the players and fans.

These are the main points why it’s suggested that lacrosse is gaining more popularity and even becoming a mainstream sport, in addition to the cool nature of the sport, of course.

How to Make Lacrosse Even More Popular?

Thanks to the increased marketing, interest, and participation in lacrosse, the sport is rising. However, it’s still a long way from a mainstream sport and even a longer path from being as popular as football, baseball, and even softball. So, what can you do about it?

The most effective ways to spread awareness about lacrosse are social media and word of mouth. By sharing content about lacrosse and talking about it, the awareness reach will be incredible. Other ways may include building a community, providing tips, and writing on a blog.

You would be surprised at how powerful word of mouth is. A study made by Invespcro states that 64% of marketing executives say that they believe the worth of mouth marketing is the most effective form of marketing. In addition, a whopping 82% states that it increases awareness. That being said, just speaking about lacrosse will make a huge impact on its favor.

In contrast, social media is one of the most powerful tools of the modern era. Trends are forming, and people are becoming famous almost overnight thanks to social media, so the growth chances are there for lacrosse, especially after PLL became a reality.

If you are a true LAX Bro, a true fan, or just a humble lacrosse enthusiast, you can make a difference in popularizing the sport of lacrosse.

Why Do Lacrosse Players Have Mullets? (All You Must Know) - RacketRampage

[…] elite sport in certain areas that once was and still is. However, lacrosse is changing to a more mainstream sport. Slowly I might […]

Hey, I'm Omar, the founder of Racket Rampage. My love for sports is all over this website and my goal is to impact your life by giving you useful information, and maybe learn a thing or two myself!

Do you want to know how I took this originally small website from a hobby to a large multi-sport brand that earns me a reasonable living online? Less than two years ago, I knew nothing about websites or writing. Fast-forward to today, I spend my days with my passion. What's best, so can you!

Let Me Show You How 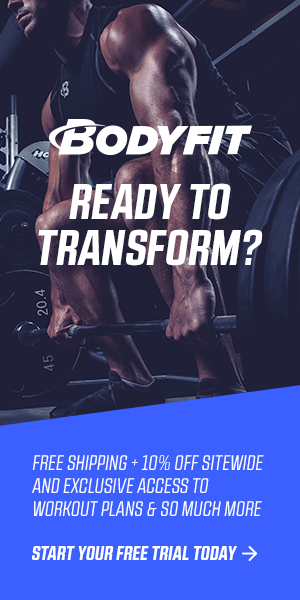