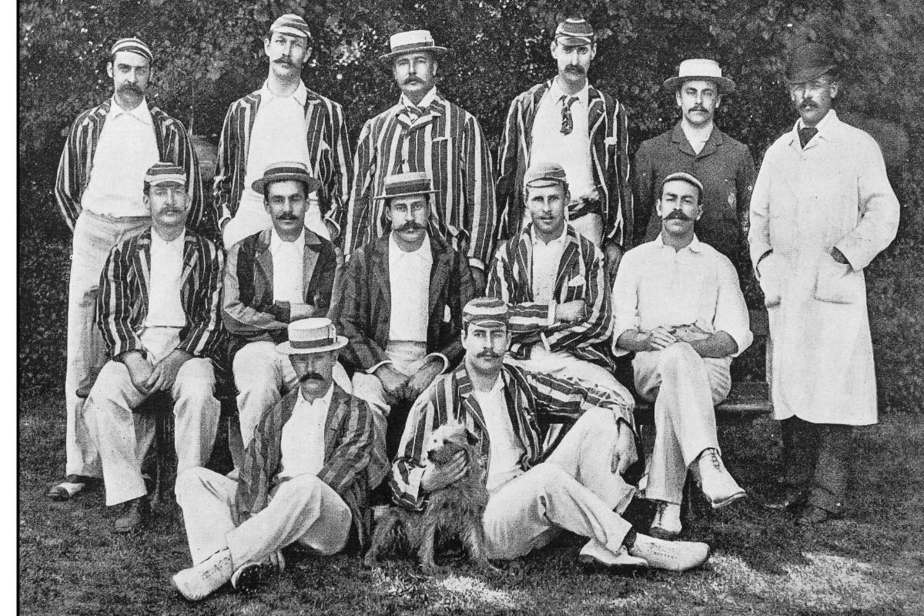 Do you sing along with your favorite team’s national anthem before they start their games? If the respective team happens to be from your country. There’s always this unexplainable bliss mood when your national anthem is played in another country. But is there any cricket team without a national anthem? Which team is it?

The cricket team with no national anthem is the west indies. The team is a collection of cricketers from Caribbean nations and each of the nations has its national anthems. These nations include Guyana, Barbados, Jamaica, Leeward Islands, Trinidad & Tobago, and the Windward Islands

Cricket matches are getting more appealing and exciting. The game’s popularity is gradually extending to many parts of the world. So there’s a lot you need to know about the game. Read ahead to find all that in this article.

What Anthem Does the West Indies Use?

West Indies uses David Rudder’s Rally Round the West Indies as their anthem. Each player in the team comes from a different country with a national anthem of their own. Thus, it would have been somewhat challenging to sing the national anthems of all their member countries.

It is always a norm for every cricket team to have their national anthem played before a match. The West Indies cricket team has never experienced this before since it is a federation of Caribbean nations.

The nations are Guyana, Barbados, Jamaica, Leeward Islands, Trinidad & Tobago, and the Windward Islands. The multinational mens’ cricket teams began in 1890. Each nation has its national anthem, but they can’t sing both anthems at the start of the match.

However, singing national anthems before the cricket matches begin gives the team a sense of togetherness and promotes patriotism. It was also prudent for the West Indies team to choose an anthem that promotes peace and brotherhood among the players.

It was then that “Rally Round the West Indies” by David Rudder had to be adopted. The song had been released earlier in 1987 by David Rudder. He is known to be a huge fan of the West indies.

When the West Indies team had won their first time on British soil at The Lord’s in 1950. David led the celebrations celebrating the victory.

In an interview with The Guardian’s Ali Martin, David explained that he composed the song at a time when the Caribbeans were used to winning in their cricket matches. However, because the team getting old, the members seemed not to be reassuring and unstable. The public, therefore, got afraid of what was once their best team losing matches they had worn before.

So it was then that he wrote the song calling the people to rally and protect their future. Soon after the West Indies Board wrote to David about them wanting the song as their anthem, pushing rudder to rewrite some lyrics again. Since then the song has resonated with several generations making the west indies fans proud.

Which Cricket Team Has the Longest National Anthem?

The Cricket team with the longest national anthem is the Bangla Tigers of Bangladesh. Their national anthem lasts for about 2 minutes and 45 seconds even though the tune may not sync if you don’t understand the Bengali language.

When a team is playing cricket games, their national anthem has to be played at the start of the match. However, there have been speculations about what if a country has a longer national anthem.

So to answer that question and any other in line with the same, here are a few things you need to find out about the cricket teams that have participated the most in cricket games.

It’s important not to forget cricket sports roots back to England. The nation’s stadium the Lord’s has hosted several T20 and Test matches. Among cricketing nations, it is the country with the shortest national anthem that lasts for 40 seconds.

Their anthem lasts for 52 seconds and has its composition from Bengali, Albeit Sanskritised. However, the nation has its most spoken language rooted in Hindi rules.

The team’s anthem “Advance Australia Fair” lasts for close to 55 seconds. However, in 2016 at the start of their ODI with New Zealand, the anthem had controversies when batsman Usman Khwaja misbehaved on camera while singing the anthem.

Their anthem “God Defend New Zealand” lasts for about a minute. The song is their second national anthem after “God Defend the Queen” was deemed unfit by a court.

Their anthem “Lift High Zimbabwe’s Banner” lasts for slightly over one minute. In their test match between Zimbabwe and New Zealand, the nation’s supporters rose in the stadium to sing their national anthem while raising their flags in demonstration of their unity.

“Qaumi Taranah” their anthem lasts for one and half minutes. Pakistan’s anthem is known to rock the waves every time they meet with India for a match.

Their national anthem “God Bless Africa” is a two-minute rendition that has always been inspiring to many all over the world.

Little is known about their National Anthem “Sri Lanka Matha” except that it lasts for two and a half minutes.

They top the list of the most frequent teams in ICC, T20, and other Test Matches. The Bangla tigers have somewhat the longest national anthem that lasts for two minutes and 45 seconds. Their anthem may, however, not sync that much with anyone not understanding their language.

ICC T20’s Men’s Cricket World Cup was composed by a renowned Indian music director, Amit Trivedi. Even so, he had the help of about 40 people, each of whom performed a specific task for the composition.

The breaking out of coronavirus in late 2019 brought about a halt in lots of activities worldwide. The T20 Men’s World Cup, which had been slated to take place in 2020, was postponed to 2021 as well.

The anthem was composed by music director and singer Amit Trivedi, a Mumbai India resident. The anthem features avatar animation that blends both 3D and 2D effects in new broadcast technology. However, Trivedi was backed up with over 40 other members, including modelers, designers, animators, matte painters, composites, and lighters.

An anthem for the ICC T20 Men’s World Cup, which also serves as a campaign film, features the likes of Kieron Pollard, Virat Kohli, Glenn Maxwell, and Rashid Khan.