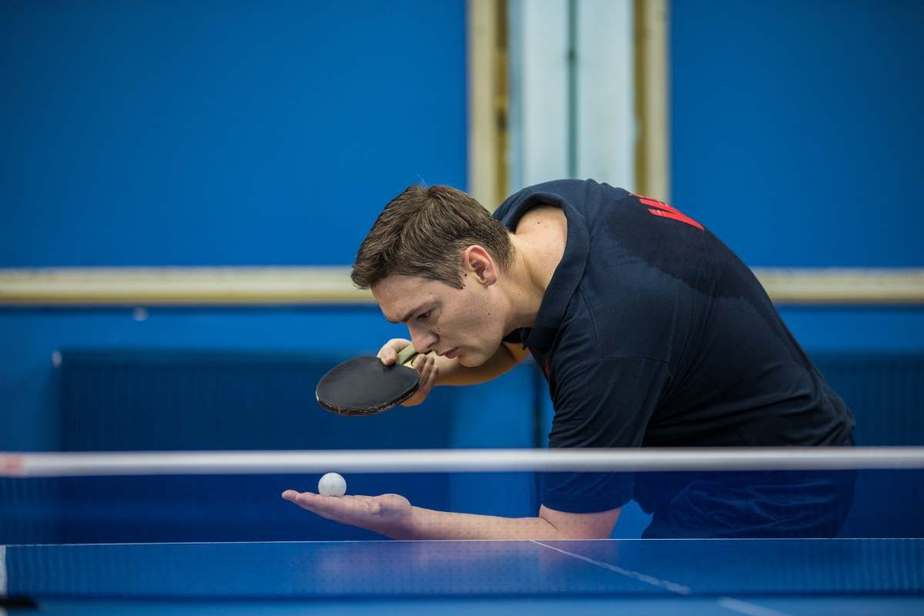 Table tennis players use different techniques to win. One of these techniques is the ghost serve. When done correctly, the ball bounce several times, which the receiving player has a hard time hitting it. It’s a tricky serve. If it’s a hard and tricky service, is it allowed in table tennis? Can you use it in international competitions?

Ghost serve is an acceptable service in table tennis because it’s considered a backspin, yet, the positioning of the paddle is different. Thus, it’s hard to receive. It is difficult on the opponent’s side, but with proper training, the opponent/receiver can manage to return it.

How do you ghost serve in table tennis?

To perform a ghost serve, the first thing you need to learn is the backspin. Technically, a ghost serve is a backspin. Yet, it follows a different technique that creates a heavy backspin. For a successful service, you must hit the ball low and keep your elbows to your body.

As a beginner, it’s important to achieve a perfect backspin so that you can level up to a heavier backspin, aka ghost serve. Without the foundation of the basic backspin, it’ll be hard to perform the ghost serve.

When you use a backspin, you must focus on wrist action and not on arm action. It means that you use your wrist to deliver the ball, and you don’t use your arm as the source of force. The grip is also important because you can’t use the forehand grip on the backspin. You must use the backhand grip where the thumb pinches the paddle while the rest of the fingers are curled up together. It’s almost similar to a hammer grip.

The first step in mastering ghost serve is to familiarize yourself with the feeling when serving the ball. Your goal is to get used to the body formation, position, and ball delivery. This initial step does not require you to use a table. You only need a good amount of space because you’re using the floor in this exercise.

To become successful in spinning the ball back to you, you must have the right grip on the paddle. It’s the same grip you use on the perfect backspin. It’s necessary to master the backspin, so it’s easy for you to control the paddle and the ball when doing the ghost serve.

Brushing the ball is the next step that you need to focus on. It’s a combination of hitting the ball in the right position and the formation of the paddle as you hit the ball. If you’re not able to perform the combination, the ball won’t bounce back.

Hitting the ball low is also important because it gives a less bouncy ball. You want to achieve a ball that bounces less because it’s hard for the opponent to return it. As a low contact service, it allows you to hit low over the net.

For the paddle formation, keep the paddle flat to achieve the bouncing back of the ball. Slanting the paddle in a vertical position also works, but as a beginner, keeping the paddle flat is recommended. After familiarizing yourself with the ball, you can now move to the table. Perform the same technique. Don’t mind hitting the net. Your goal is to see how it looks like on the table.

After you master step one, the next thing you need to master is the strong backspin serve. In this exercise, you must learn to focus on your elbow as you hit the ball. Keep your elbow close to your body because it gives you additional power when you hit the ball.

Keeping your elbow close to your body also adds consistency to the delivery because there’s no large gap between the body and the arm.

Don’t attempt to combine this step with step one so your mind can memorize the steps one at a time.

Once you have mastered keeping the elbow close to your body, the next thing you must do is to focus on acceleration. You must hit the ball with speed to get the bouncing effect. But you must do it with control. Don’t drop the top of the paddle down. When you make this mistake, the ball accelerates fast and without control.

In summary, the elements in mastering the ghost serve include brushing the ball with the paddle, maintaining a flat back paddle angle, and wrist acceleration.

When using the ghost serve, your goal is not only to let the ball bounce back. You also want to control the motion of the ball. To achieve it, take note of the different elements, such as brushing in front of the paddle and squeezing the paddle firmly.

As mentioned earlier, brushing low is essential to achieve the perfect ghost serve. But you must brush the ball in front of the paddle to get enough backspin. It generates the friction needed by the ball. Squeezing the paddle is also important because it allows you to brush underneath.

You must also experiment with the height of the throw. See what works for you.

How to return ghost serve?

You can return a ghost serve by positioning yourself near the ball so that you can hit the ball early. Hitting the ball early helps you to bring it back over the net. But don’t hit the ball hard. A slight push is enough for the ball to go back to the other side of the table.

When receiving the ghost serve ball, a flat bat is not ideal. The flat bat is only applicable for ghost serve. When you use a flat bat to receive a ball, the ball drags down to the table. You won’t be able to return the serve.

What is an illegal serve in table tennis?

But sometimes, umpires have a hard time checking this violation. So instead of calling out the player and implementing a violation, umpires warn the players. When it happens again, the player will be charged with the violation.

2. Releasing the ball low during service

Serving a ball lower than 16cm is illegal. The rule dictates that a player must release the ball and toss as high as 16cm. So moving your hand high just to come out with a 16cm ball drop is not allowed. The height is standard for the ball and not on the striking. You can strike the ball even if it’s less than 16cm dropped.

Take note that even if you toss the ball high, you can’t strike it until it descends. You allow the ball to descend even a centimeter low before striking the ball.

Some players delay their service. They perform every action in a slow-paced manner. You can see a player walking slow or picking up the ball in a slow manner. This is an illegal serve. Although some players wipe their hands on the table to add a very short break, they don’t do it at a slower pace.

The ball before the service must stay behind the server’s end line. It means that the ball must not be served inside the table’s perimeter.

Can we spin the ball with our hands during service in table tennis?

Tossing the ball higher than 16cm is legal. And some players use this technique to get a spinning ball. When you toss the ball high, it goes down faster than usual. When it hits the paddle, it spins more. Another reason why players toss it high is that the receiver won’t be able to know when the server hits the ball.

What are the key points to improve your serve?

Improving your service starts with a consistent solo service. Practicing consistently develops the right habit for the perfect service. But to perfect the practice, you must focus on correct body position, extra spin, and consistency. You should also practice variations on your service.

Time is also a key component when doing solo service. An hour of practice every day can go a long way as it helps you to develop the habit. Another thing that you need to focus on is to hold one ball at a time for every practice. You can use several balls to avoid picking up balls all the time. But don’t hold all the balls as you serve. It must be one ball per service.

Completing the service action also matters when you practice. In many instances, a player practicing solo tends to do a two-step routine, which includes serving and pick up. But in the real game, it’s the wrong routine. The real game requires two steps, but it serves and gets ready. The second step is missed during the practice because you don’t have an opponent who returns the ball to you. You must rehearse this too because you want to condition yourself that after serving, your opponent is returning the ball.

So during practice, you must follow the service, pick up and get ready routine.

When it comes to table tennis, it isn’t famous for its Greek God looking athletes such as in boxing or weightlifting; however, this doesn’t mean that it doesn’t require good muscle and fitness level by any means! Keep reading, and you will learn just that, among other things! In this article, I will teach you… 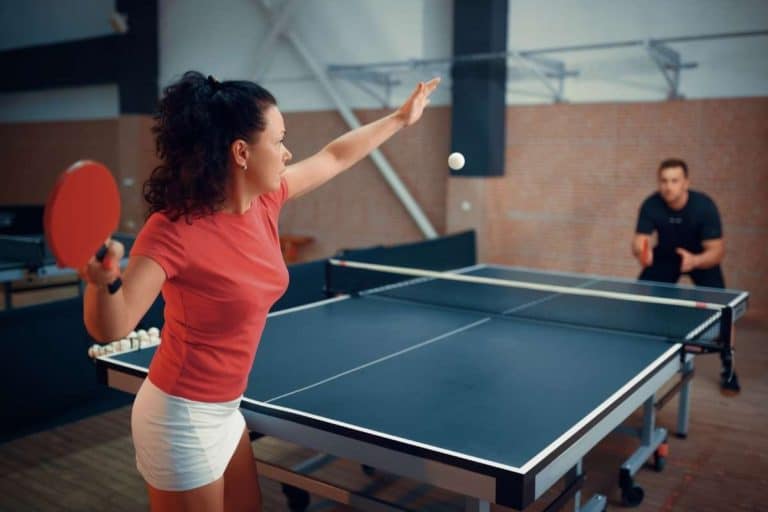 It sounds funny when a table tennis player hits a ball using his hands without the paddle. Because why hit a ball with your hand? But if the ball hits the hand, that’s a different story. For the sake of this query, let me answer the question, can I use my hand to hit the… 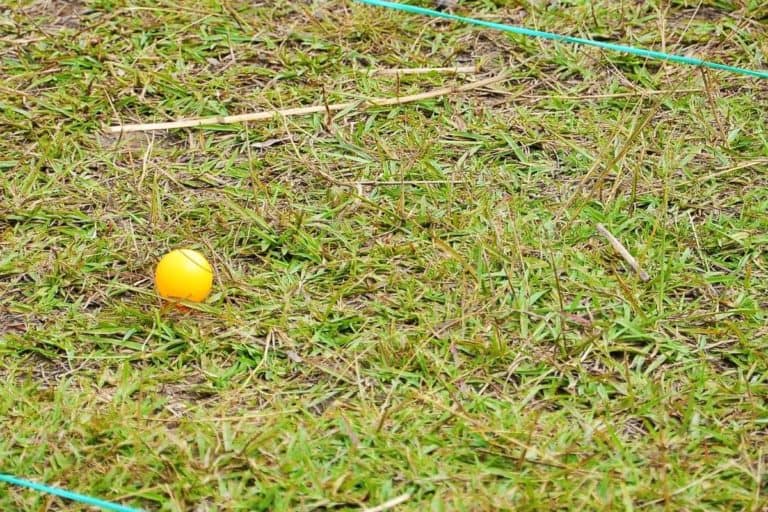 As we all know how important recycling is for the environment’s sake, it is important to give at least a little thought about which bin to throw your recyclables in. As a table tennis player myself, I once wondered whether ping pong balls are recyclable, and I thought how many others out there are wondering… 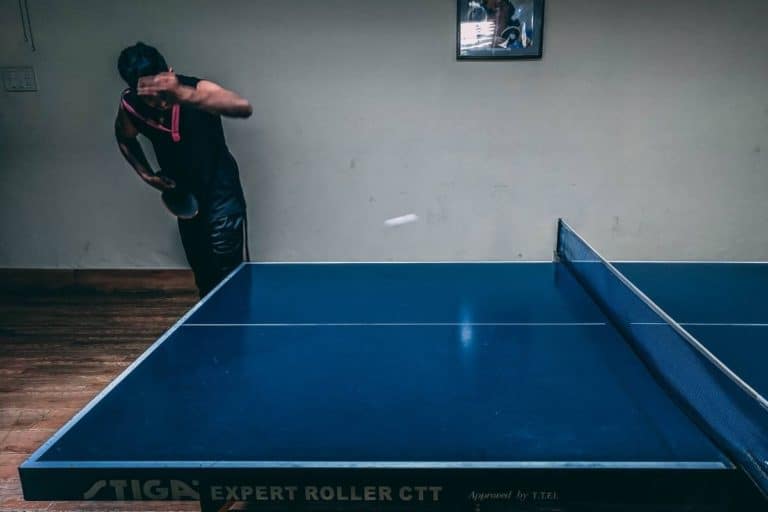 As you have probably noticed, table tennis players apologize to the opponent when striking the ball into the net. Whether you have noticed this on tv, or have experienced it yourself behind the ping pong table, it is good to know why this is In this article, I will teach you everything you need to… 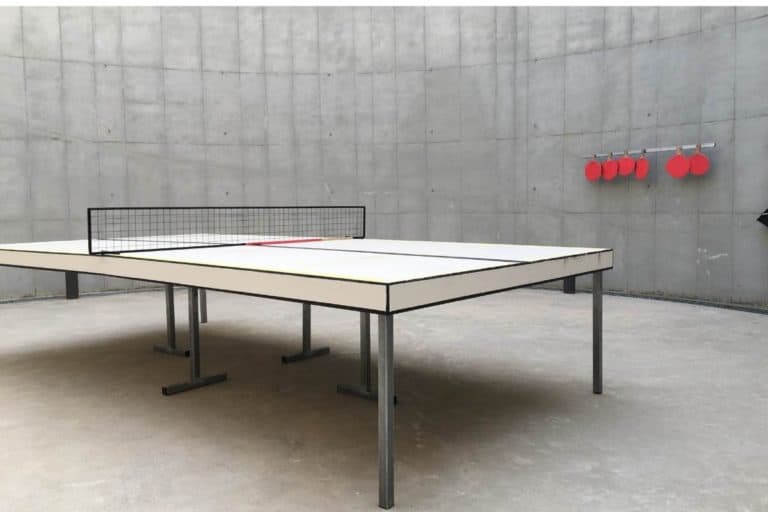 Table tennis is a wonderful sport whether it is played indoors or outdoors. Table tennis as a competitive sport is always played indoors, however, with friends and family, it’s fun to play outdoors as well. There is a question that usually rises when talking about this and it is; what is the difference between indoor… 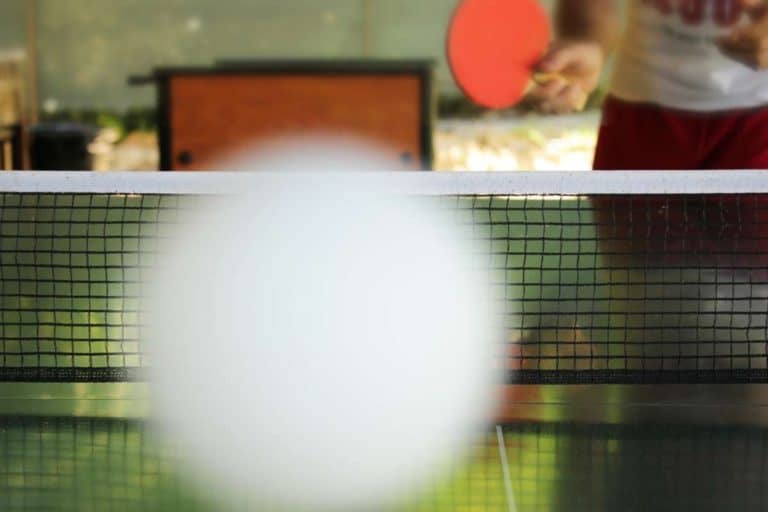 Before people start to play ping pong ball, they must agree on the number of games. Therefore, any player that amasses 11 points wins any given game. As a result, each player must strive to win as many points as possible. Note that each of the players serves twice before allowing the opponent to serve….