Ice skating can be done when playing hockey or figure skating, and the core principle is similar. However, both sports are widely different and require different kinds of ice skates. In this article, I will compare hockey skates to figure skates to see how they are different.

Hockey skates differ from figure skates by having a shorter blade without a toe pick. The weight is lighter, and its construction is harder to maximize agility and protect from pucks and other players. In addition, most hockey skates are black, whereas figure skates are white.

That’s a quick generalization of the subject, but you can believe there’s more to know! Before going more in-depth about the subject, the features of hockey and figure skates are so different because they are meant for different uses. Take a look at the core principles the skates are made for;

Next, let’s look at each hockey and figure skate difference individually and see why they are a certain way.

Differences Between Hockey and Figure Skates

There are six main differences between hockey and figure skates: blade, boot, weight, comfort, color, and price. The blade is the most significant one so let’s start with that.

When you compare the blade on hockey and figure skates, you’ll see a few differences immediately. The first thing you use is the toe pick on figure skates and its absence on hockey skates. The sawlike ridges at the end of the blade, called toe picks, are used by the figure skates to make jumps and pivots on the ice. This isn’t used nor needed by hockey players.

The second difference is that the blade on hockey skates is curvier and shorter than on figure skates. Figure skates have longer blades for optimal arcs and lines or figures, if you will. Hockey skates need to be more agile for movement, turning, and speed, making the blades shorter.

After the blade, boot construction is the second most notable difference between hockey and figure skates due to the different nature of the sport.

Hockey skate boots are much harder because the players need considerable protection from ice pucks, hockey sticks, and other players’ skates and tackles. This makes them less flexible, and the construction material is harder. Hockey goalie skates are added with even more protection.

Movement in ice hockey is also different, and the rigid construction of hockey skates serves that as well. The harder and more unforgiving build gives ankle support when quickly changing movement or stopping, decreasing the chance of injury.

In comparison, no pucks or other people are striking or hitting your feet in figure skating, allowing more freedom with the skate design. For this reason, figure skates are often made from leather, tightly conforming to your feet. This creates a flexible boot, making acrobatic jumps and beautiful movement smoother. This takes us to comfort.

Since figure skates are softer, flexible, and will conform to your feet better, they are more comfortable. Hockey skates often need to be tight to give the needed support; however, this creates a tight feel on the feet.

Many hockey players won’t tie the hockey skates from the last holes on the skates because this gives more freedom of movement at the expense of support. However, I have found this to be the best way if you tight the laces well while leaving one or two rows of holes empty from the top.

All in all, figure skates are more comfortable to wear.

In ice hockey, agility and swift movement changes are more important, so the weight is reduced as much as possible. Also, when you examine the blade on both skates, you’ll notice that figure skates have thicker and bigger blades.

Hockey skate blades are usually made from stainless steel, considered more high quality than tampered carbon steel, a common material for figure skate blades. Although, you can find both skates made from both materials.

When it comes to the color, you can find hockey and figure skates in black and white and other colors such as red, blue, or brown. Still, a clear winning color is found in both skates.

Of course, you can find both skates in various colors and pattern designs, but almost always, hockey skates are black and figure skates white.

Finally, there are price differences between hockey and figure skates.

However, when looking at the most expensive pairs of skates, you can find them in the hockey skate category.

However, you can still find both skates under $50 and close to $1000. High-end figure skates can get very expensive if you buy the boot and blade separately. Amazon offers a wide selection of hockey and figure skates, so if you want to compare differences on your own, I suggest taking a look.

To recap, you can find an informational table of the feature differences between hockey skates and figure skates below.

Can You Interchange Hockey Skates and Figure Skates?

Hockey and figure skates certainly have many differences; however, they have similarities too. Both skates are used for playing a sport on ice, and after all, ice skating isn’t that different with either skate. That might raise a question about whether you can use hockey skates for figure skating and vice versa.

There are many reasons you can’t use hockey skates and figure skates interchangeably other than learning the absolute basics.

First, figure skate boots are made from leather and arent hard as hockey skates, which doesen’t provide the required protection against hockey pucks, sticks, and other players. In contrast, hockey skates aren’t nearly as flexible as figure skates, making acrobatic movement difficult.

The blade difference is huge as well, and you can’t move as smoothly and quickly with figure skates when playing hockey. Figure skating with hockey skates won’t be great either, as you can’t use the toe pick to execute jumps and won’t have as long and thick a blade as needed, making figure skating difficult.

You see, properly playing either sport with the wrong pair of skates won’t be possible if you want to do it well. However, learning to play both sports if you haven’t ever done it before will do for a short while, although you want to eventually get the right skates for the right sport. 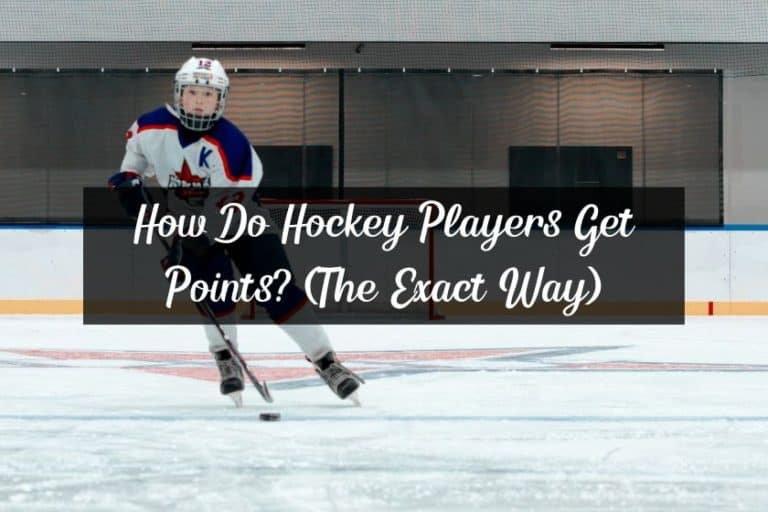 When looking at sports and their scoring systems, each one varies from one other. When it comes to ice hockey, it has its ins and outs to understand in terms of scoring goals and the points awarded from them, such as goals and assists. I’ll walk you through everything in this article, so I invite… 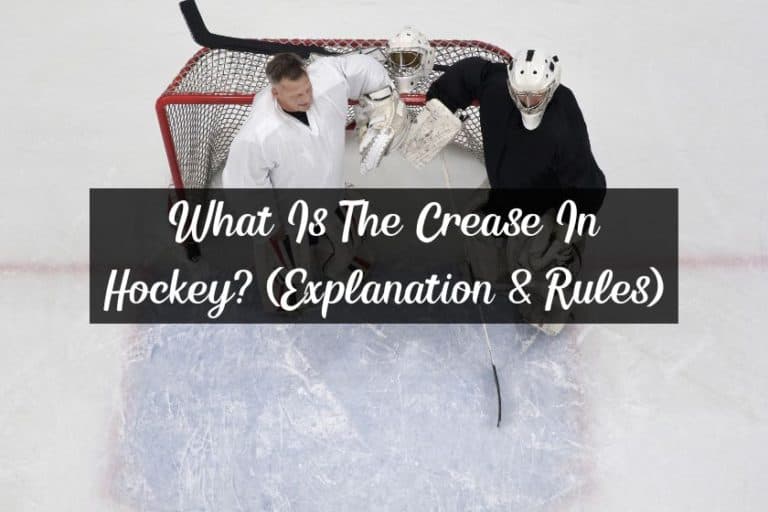 Crease also called the goalie box or goal crease in hockey, doesen’t mean pleats or wrinkles, but it has a meaning of its own. It all revolves in front of the hockey goal, and in this article, you’ll learn what crease is, what the rules are regarding it, and much more. But first, what’s the… 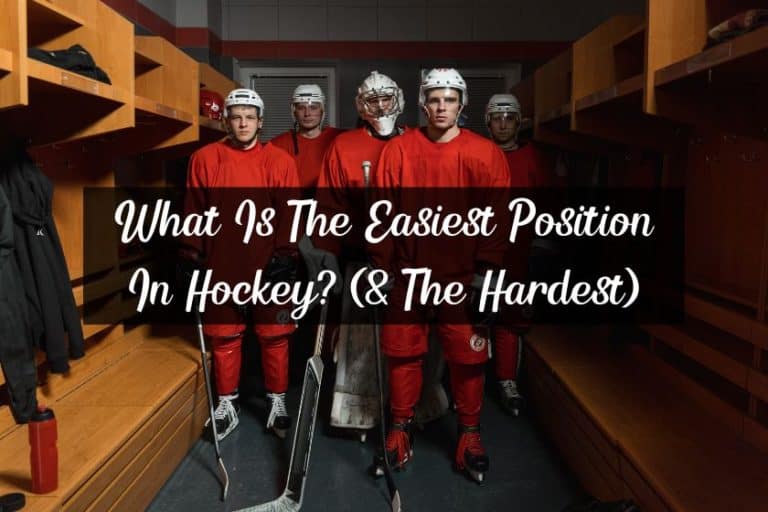 There are six positions in ice hockey; left wing, center, right wing, forwards, left defenseman, and right defenseman on defense, and finally, the goaltender, whose job is to keep the net clear of pucks. Now, which of these positions is the easiest to play and why? The easiest position in ice hockey is the wing… 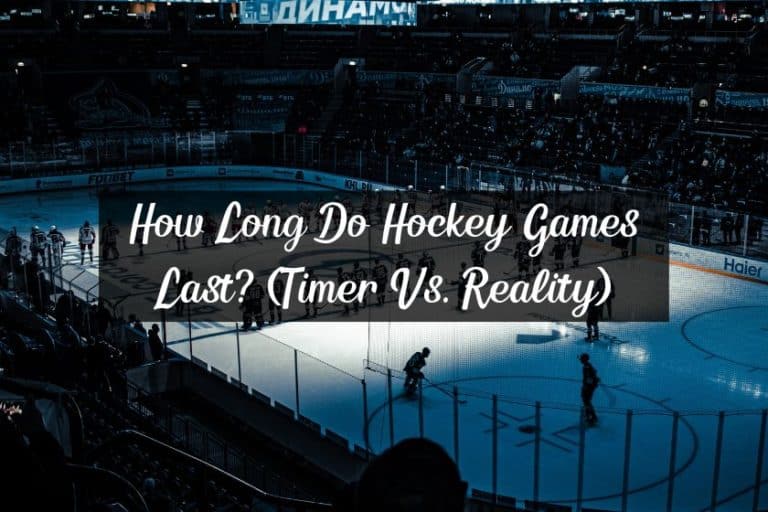 When comparing sports and their game lengths, there are many differences between them. For example, the length of baseball games has long been thought of as too long, so today, let’s review hockey, its length, and much more. Hockey games last 60 minutes with three 20-minute periods. If the game ends in a tie, it… 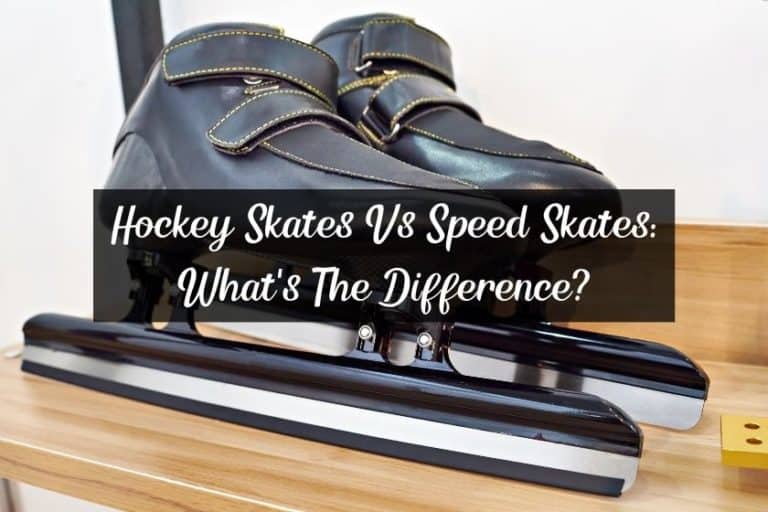 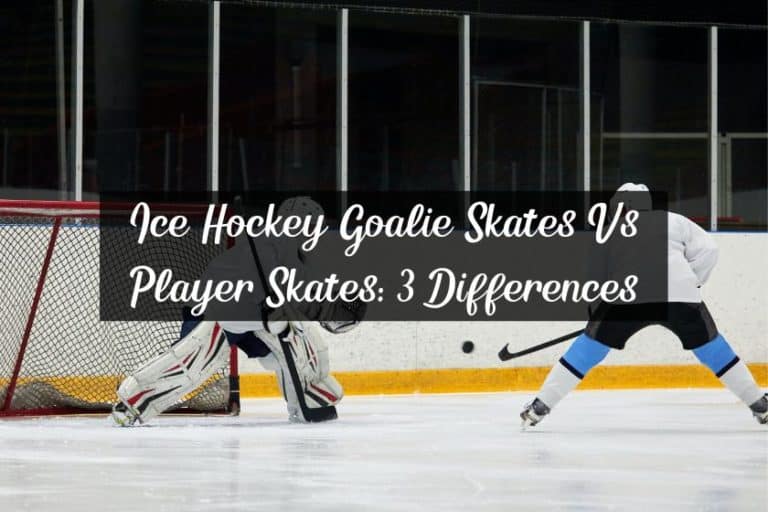 I remember when I started ice hockey, and I didn’t even know that hockey goalies use different skates as they look quite similar, especially when on the ice. After months passed, I was curious why goalies needed hockey skates of their own and not player skates. In this article, I will explain why there are…