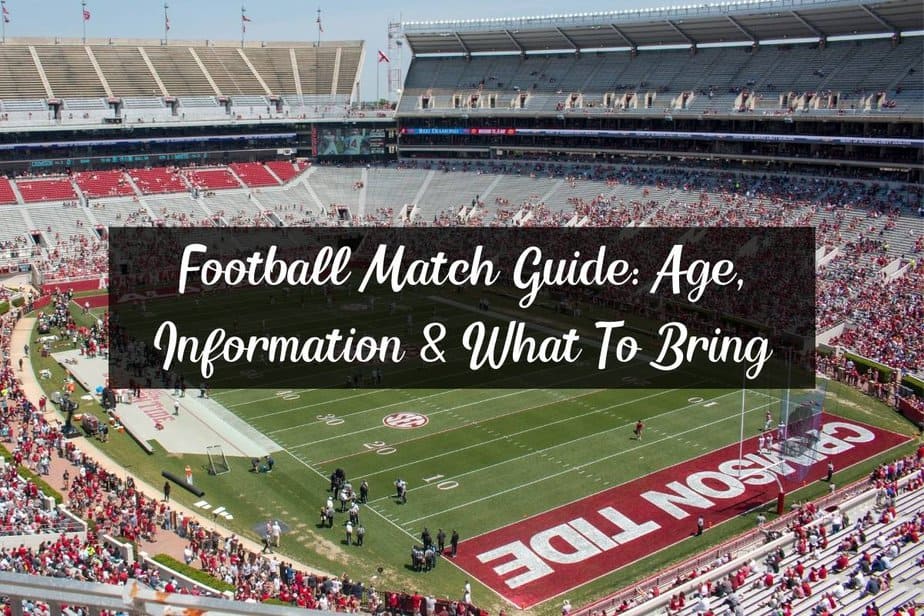 Football is a synonym for the best sport ever for many people. I get it; the vibes are amazing, the sport is rough and interesting, and everything else makes you excited.

Can You Go to a Football Game Alone?

Modern society has molded our minds to feel weird doing things just by ourselves. You can see this phenomenon, especially with young people, when you look at people sitting in a restaurant, for example. The same thing is noticeable in football as many think it’s weird, but in reality, is it?

You can most definitely go alone to a football game, and there’s nothing weird or unusual about it. You have more choices to select better seats when you’re alone, you will meet new people more easily, and you won’t notice that you’re alone when focusing on the game.

I get that if you have never gone to a football game alone, it can feel weird and daunting. When I was younger, I always needed someone to go with me to a restaurant, game, gym, etc. Nowadays, I like doing some of the things more by myself than with company.

There are various benefits in doing so as well, including;

Think about it, why you should pass and skip things, activities, and football games just because you don’t have another human to accompany you. That makes no sense, and you can and should go to the game without company if you can’t get anyone to go with you.

What Age Can You Go to a Football Match On Your Own?

Even when you would want to go to the game alone, there can be other restrictions as there are in many areas in life. I think we all can agree that it’s a good thing, especially in things. This makes you wonder, is there an age restriction to go to a football match alone, or do you need someone older to accompany you?

There are no rules or age restrictions for youth to go to football games alone. You can go alone to a football game regardless of age, given that you have a ticket. However, you should always remember that safety comes first, and a little kid shouldn’t go to a game by himself.

When it comes to parenting and the children’s desires, there are as many opinions as people. Some might say that it’s fine for a 13-year old to go to a game by himself, whereas others might say that only when 16 or older.

Be that as it may, you should go alone to a football game as a young kid, nor should you let your kids attend by themselves when at a very young age. You will know when you or your kid is responsible and old enough to go alone.

There are many reasons why it might not be wise to go alone to a football game at a very young age, such as;

All of the three reasons above are serious and valid reasons. However, it varies between youth, parents, and circumstances.

What Should You Know Before Going to a Football Match?

There are a couple of things you should know before going to a football match to prevent unnecessary confusion.

If you haven’t been to many football games, you might not know the best seats. If you buy your tickets online, it’s important to select seats according to your traits and preferences.

Generally, the best seats are on the sidelines or facing the front of the center field. Naturally, this varies between people, but those seats are a certain choice.

In addition, you should consider your height and crowd tolerance. If you are short and fear the crowds, then seats in the less popular areas are the go-to choice. However, if you are the fiercest fan and can see past other people, more crowded areas can be a good choice.

There are major differences in pricing as well, so take that into account when choosing seats.

When comparing sports, games, stadiums, and what they offer, you would be surprised by the differences.

The most modern ones will serve proper food for football and the NFL stadiums, so you might want to skip tailgating on the parking lot if you don’t enjoy it (i find it quite fun).

You should keep in mind that most backpacks and bags are forbidden for all NFL stadiums, so it wouldn’t be easy to bring proper amounts of grub with you.

Most NFL stadiums will serve alcohol, and given that bringing your own isn’t easy as bags, etc., are forbidden, you might want to weigh your options considering alcohol.

Not everyone likes or drinks alcohol, but the people who love game beers (me included) need to consider that.

However, beer at the stadium is expensive, and you can’t drink them on your seats anyways (except secretly), so bringing a six-pack of your own might not be the best choice.

According to the NFL policy, you can take cameras to the game, but they cant be brought on camera or other forbidden bags. In addition, filing can’t interfere with the enjoyment of other fans in anyways.

That said, you can take a camera on your neck to the game. I prefer using my phone as the quality is outstanding nowadays!

What Should You Take to a Football Match?

Now that we have cleared out some rules and matters of importance, it’s time to think about what you should bring to a football game to enhance the experience! Let’s start with the most important one, tickets.

If you want to get inside the stadium and watch the game, you need the tickets. However, when you are leaving for the game and remembering the small things you need, it’s not uncommon to forget the big things.

So, before you leave for the match, make sure you have either physical or electronic tickets you need!

When you go to a match with your casual outfit, it’s nice. However, when you have that special fan gear on you, you will feel amazing and gain respect from the crowd around you.

Personally, I love to rock a jersey or some gloves when it’s chilly, and I highly recommend that you do the same.

My favorite place to get fan gear for literally anything for any team is Fanatics.com. You should check them out below; they have everything you could need, trust me.

Above I explained that it might not be smart to bring a sixpack of beer or soda or a full bag of food with you because large bags aren’t allowed.

However, a pack of peanuts, beef jerky, or other small snacks that you can munch when looking at the game is a smart move. Oh, and a bottle of water is something I recommend taking with you!

Money, currency, funds, dough, whatever you want to call it is the universal language that everyone understands. Football stadiums and everything between your home and it won’t be different.

Therefore, you should take enough cash or a credit card if you like to buy something or if an unexpected fee occurs. A broken tire or something similar, for example. Even though food and drink cravings at the game are more likely than that (i know from experience).

Depending on your current phone, a portable charger might be a good idea to take with you. We live in an electronic world, where our money and game tickets can be found on credit cards and phones, so you wouldn’t want to risk them just because you run out of power.

In addition, if you have a camera with you, a charger is smart to take with you so that you won’t miss capturing those priceless moments!

I saved the most important one last, well, after the tickets. Go to the time with good vibes and an amazing attitude, and you will have an excellent time regardless of who you are, who you go with, and everything else.

Everyone is one when you’re on a game, and that’s amazing. Well, technically, everyone is two as there are two teams, but you get my meaning.

What NOT to Take to a NFL Football Game

As fun as football matches are, there is something to know from the prohibited list. Note that the following are NFL prohibited items and may not apply to college, high school, or other football games. Anyways, these items shouldn’t be taken to an NFL game;

Some of the items may surprise you, whereas others you might have seen it coming. Regardless, any listed items shouldn’t be brought to a football game, as you won’t get in with them.

Are you interested in how this website was made and want to make your own? Start Here! 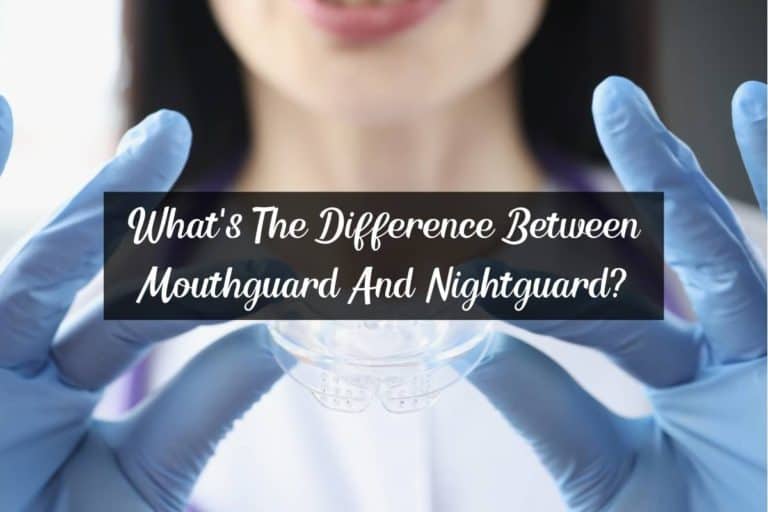 I have used mouthguards in various sports, from ice hockey to some beginner sparring at boxing, and one thing I have noticed is that people often mix them with nightguards, at least on some level. However, they are widely different even though they appear to work the same. So, what’s the difference between a mouthguard…

Punting and kicking are often mixed; however, as there are different positions on a football team for both, they can’t be the same. In this article, you’ll learn the differences between punting and kicking, why football teams often have both, which is more difficult, and which position earns more! It will be a fun read,… 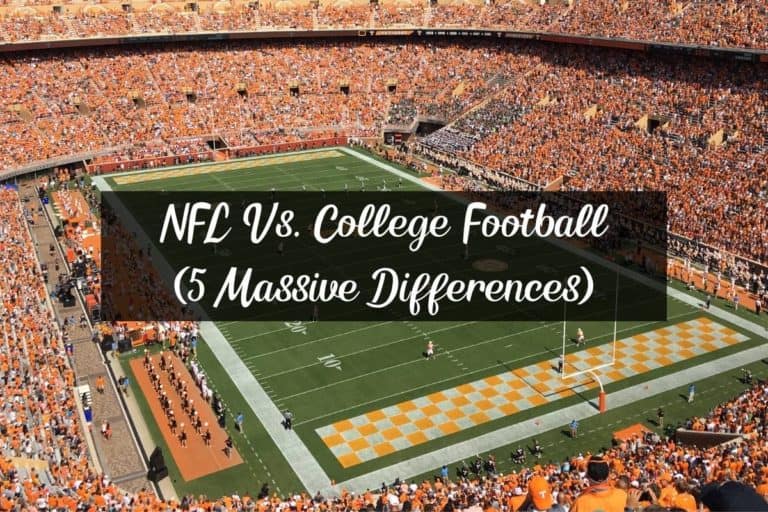 Whether you know or not that NFL and college football are the two most-watched sports in the United States, making football the superior sport by far in popularity, you might have guessed that there are many differences between them. In this article, I will unveil some of the most popular topics between college and NFL… 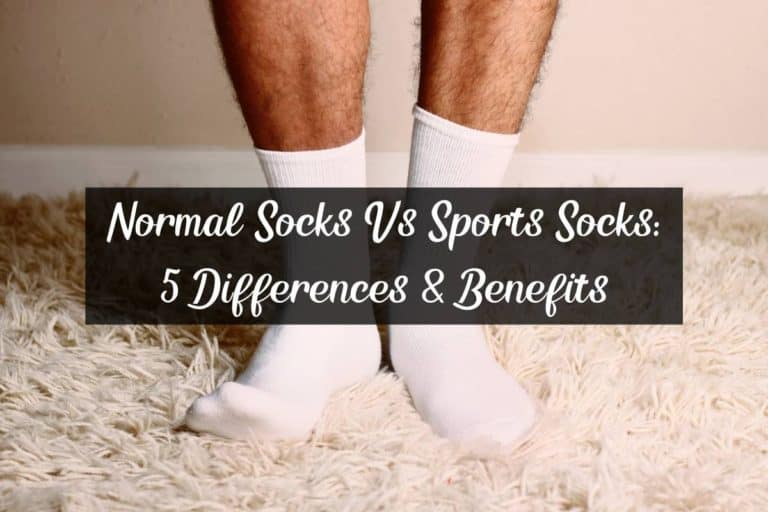 I remember when I was younger and thought all socks were the same. Years later, when I started to think about socks, fabrics, and their different features a little further, I realized that the difference is, in fact, massive. This widest difference gap is between regular and sports socks, but what makes them different? Normal… 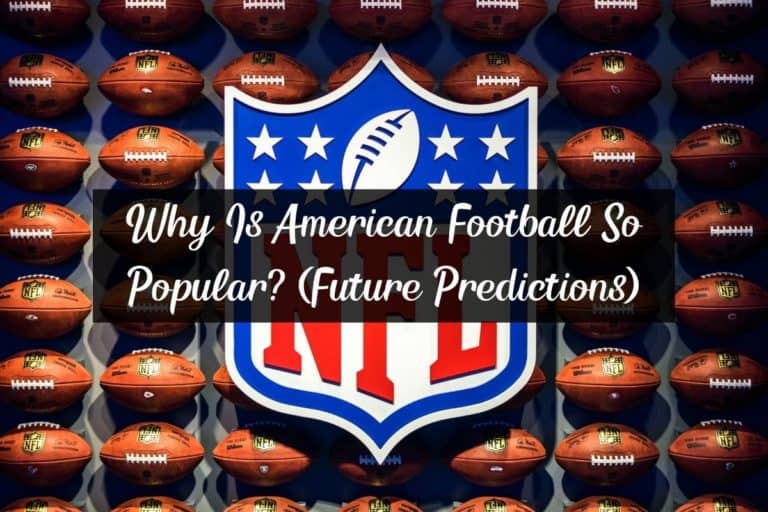 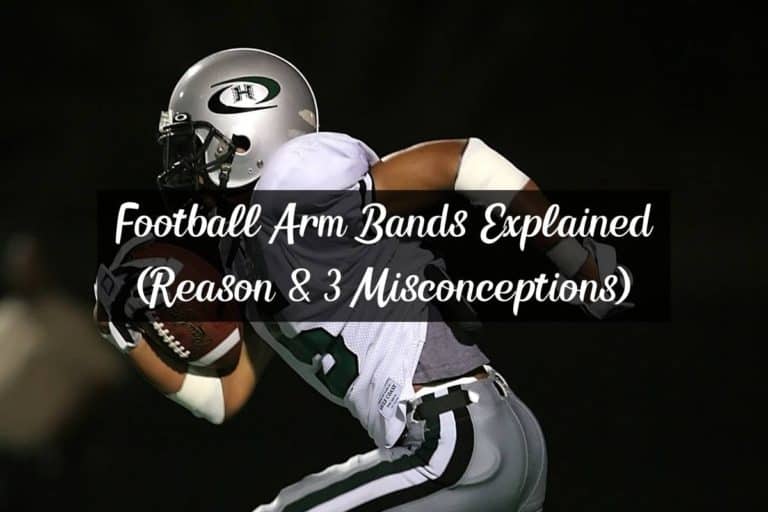 Football is a sport of countless details and things both players and fans do. One of them is armbands that often lift conversation and wonder. Why do football players wear armbands, and what’s their purpose? Stick with me, and you’ll learn just that, among other things! Football players wear bands on their arms only for…