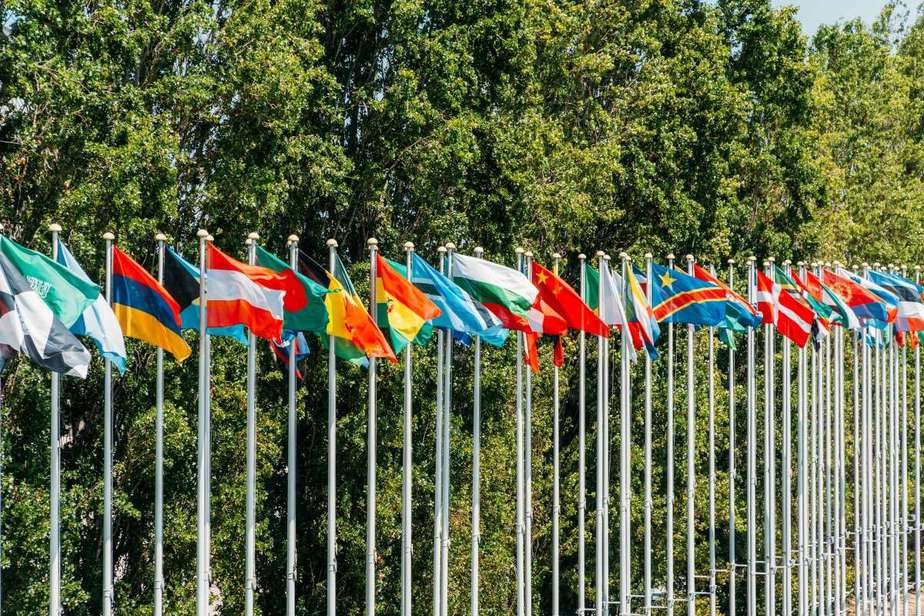 National anthems are played before cricket matches. It is a practice that has always been there since the 19th century. It’s always a time to celebrate their countries and honor everyone who has given their freedom.

Do you ever wonder why national anthems are played before cricket matches? , or why do children accompany the players during the same? Read on for more info on all these and much more.

Why Are National Anthems Played Before Cricket Matches?

National anthems are played before cricket matches as a show of patriotism for the respective countries. It is always a sign of respect to the other country and more of a promise of a friendly or brotherly match.

No matter which country you’re from, singing your country’s national anthem always brings a sense of pride and patriotism. It is always the case whether you are within or outside your borders. So, It is for this reason that national anthems exist in the first place.

It is always a way of instilling patriotism amongst the countrymen and women, despite any hardships they may be going through. It even explains why we often got into trouble in grade school for playing around during the national anthem.

The national anthems must be played, regardless of whether cricketers are playing friendly matches with foreign nations or when they are playing international matches.

The anthems are always played for the following reasons.

In a gathering of people full of mixed races and religions, there is a probability that there are atheists, Christians, Muslims, and any other form of religion. Consequently, if prayers were said to begin the matches, someone might have felt disrespected or secluded because of their lack of faith in God.

So it’s best when the national anthems are sung since each party represented at the gathering feels part of the same.

This tradition of singing national anthems in cricket matches started way back after some nations just got their independence. So it’s a recognition of the men and women that stood firm and fought for the relevant country’s independence. That’s why before any match begins you will often see the umpires at the wickets dropping their hands.

If the immediate match was between members from the same country. The national anthem would be like singing something everyone loves, as a promise to uphold the peace fought for by the forefathers. Even though the games would be intense with each team attempting to outdo the other.

International matches are always more like a representation of different countries’ cultures. The playing of the tunes not only shows respect to the visiting countries but also acknowledges their existence. It also tends to raise the gamely spirit that even though there might be enmity somewhere but you are openly declaring your friendliness, despite standing to fly your country’s name high.

Read also: Which Cricket Team Has No National Anthem?

Is It Mandatory To Stand Up When a National Anthem Is Playing Before a Cricket Match?

It is not mandatory to stand up when national anthems are played before cricket matches. This is always a cricketer’s event, and even those on the bench stand up to honor the event. But any nationalist person can stand up as well to pay respect to his country’s national anthem.

Players will be standing on the pitch, but what about spectators in the stadium, or viewers at home? After several cricket matches, some players were questioned on their reasons for kneeling when playing their national anthems.

And most of their responses were always the same. “A sign of respect for my country.” And it’s more common if a team wins the finals when the players lift their national flags just to show how high they regard their nation.

For spectators, both on the pitch and at home, I think it should be out of a love for their country to stand up. So, in essence, there is no regulation specifying that people must be on their feet when watching cricket matches and their national anthems are played.

However, you might not want to despise the same national anthem close to a police station or government function. Apart from cricket and football matches, official gatherings attended by the presidents often include flag-raising accompanied by the singing of the national anthem.

So if by any means you failed to stand when the national anthem is being played. You may be risking severe punishment for failing to respect a legislative symbol of unity.

Why Are Children Present When a National Anthem Is Played Before a Cricket Match?

Children are present when a national anthem is played before a cricket match for various reasons. These include a show of the team’s friendly attitude since kids are known for their innocence. It may also be to fulfill the kid’s dreams and at the same time instill a sense of patriotism in them.

Children appearing with the cricketers is also a norm that has been since the 1990s. So depending on the team management, it can be a formality since it’s always been there. But some of the basic reasons for this are:

Some countries charge for child mascots, while others provide them for free. The move drives something about loyalty and patriotism for their respective country. Most of the time, it’s not just any kid who gets chosen for this.

Mostly it goes with kids who admire cricket games and have shown interest in the game. So it can be more of the kids learning how it all happens.

Kids are naturally known to be very peaceful. And so while playing the national anthem the kids can just be a symbol of the immediate country’s friendly and accommodating nature. Even though these kids are often in charge of keeping their respective flags and any other duties delegated to them.

Some kids just have an undying love for cricket games, they may not be much into playing it. But they may have these dreams to once be there on tv with their favorite cricketers. It’s then that the relative team can charge for any child mascot carried on board for the fulfillment of their dreams.