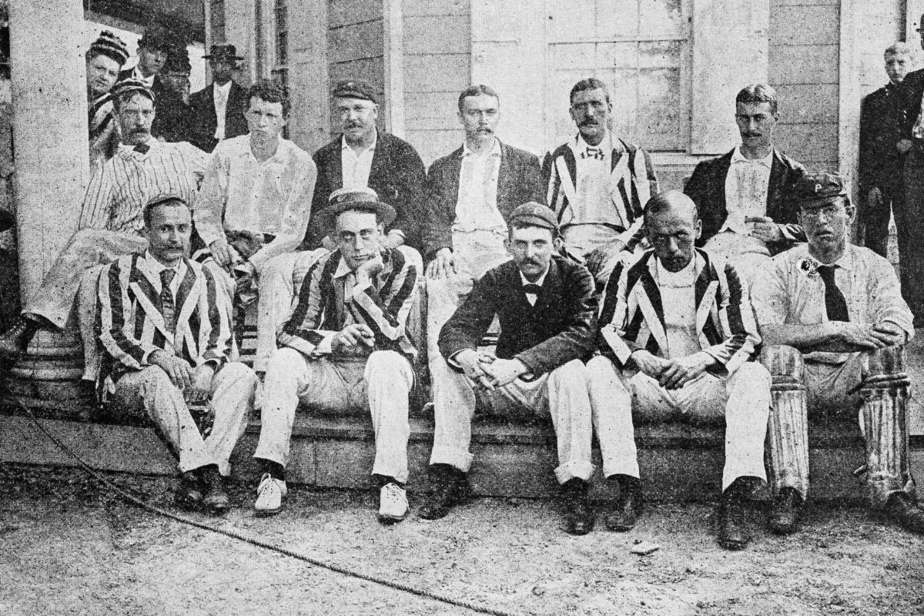 Children are often characterized by their pure and innocent nature, and as such, they are seen in different sports to depict fair play among players. More often than not, players in sports such as football and cricket always bring children along on the field.

This tradition has been exercised for years in many sports played by amateur and professional players. That said, are cricketers accompanied by children when they come out?

Children often accompany cricketers to the field during every match, especially international matches. This is because children represent innocence and bring peace and happiness. Plus, children encourage good spirit, promote fair play and sportsmanship, which many cricketers also exhibit.

Admittedly, this tradition was originally practiced by other sports and was recently introduced in cricket. The tradition was formulated and authorized by ICC(international cricket council) to emphasize the need for sportsmanship in cricket.

Nevertheless, there are many reasons why children usually accompany cricketers to the field. That said, what are these reasons, and how do they affect cricketers? Well then, let’s find out more!

Why do Children Accompany Cricketers to the Field?

Cricket is undoubtedly a sport that portrays fierce competition between cricketers, and it demands a lot of concentration. Many people consider cricket as a sport that requires vigorous action, and as such, they decline the opportunity to participate in it.

Regardless, children’s innocence has purged and salvaged people’s ideology of cricket. Although cricket players have recently adopted this outstanding tradition, it has seamlessly blended in. Thus, it is upheld and abided by every player in important cricket matches.

Children usually accompany cricket players to facilitate and diversify the child rights movement. This is known as one of the main reasons why children accompany cricketers. Children further incorporate innocence in every match, and they are always delighted when they go out to the field.

This goes a long way to boost the confidence of cricket players as they become role models to children. This tradition also symbolizes the significance of sportsmanship and humane behaviors in the field.

Who Is a Child Mascot?

In simple terms, children Mascots or a child mascot can be seen as a child that accompanies a cricket player to the field in the event of any scheduled match. The children are usually between the ages of 6-12.

They always stand in front of the cricket players when exchanging greetings between the opposing team and for the national anthem. However, the children must pass and adhere to certain criteria before they are permitted to accompany any cricket player.

Generally, they are chosen by the authorities of ICC for international matches. Subsequently, the kids are screened and brought for a match from distinct NGOs to accompany cricket players in any upcoming match.

All the kids chosen to accompany players to the field must be thoroughly checked before they are permitted to come along. This is done to avoid foul play or any vicious act perpetrated by anyone.

With this point solidified, what are the benefits of becoming a child mascot?

What are the Benefits of Becoming a Child Mascot?

Numerous youngsters have big dreams and different aspirations when it comes down to the choice of profession. And as a result, they have different people they deem as role models, and they look up to them.

Well, kids interested in cricket tend to participate in every cricket activity displayed in school or at home. Bringing your kids closer to cricket to become a child mascot fulfills their dreams.

As they will be exposed to many advantages in the sport. Firstly, they get to learn and develop new skills directly from the best cricket players. ICC often recruits and trains some kids who show great interest in the sport to become exceptional players.

Secondly, your kids could stand a chance of receiving free tickets to different International matches. Plus, they could be offered free scholarships to further their education in any country of their choice.

Furthermore, they are allowed to meet and converse with international cricket players one on one. Kids with great talent are taught different techniques and learn to perfect and sharpen their skills to become experts.

They’re such diverse benefits and privileges your kids can enjoy as a child mascot. On that note, I’d advise you to encourage your kids who show a great deal of interest in cricket.

Are Children Important In Cricket?

The importance of kids in cricket can not simply be overemphasized as they play a crucial role in promoting peace and fairness amongst cricket players. Naturally, many people ignorantly pay heed to rumors and discourage their children from actively participating in cricket in school.

This, in turn, affects the mentality of the kids and automatically weakens their interest in cricket. However, their interest is rekindled when they are encouraged to engage in the sport. The presence of children in the field prompts the players to adopt the spirit of sportsmanship and equality in the match.

This way, the match can be played without any hard feelings or malicious sentiments from the two teams. In addition, many cricket matches may be highly sponsored by different companies due to the presence of kids and the fairness exhibited throughout the match.

This will also go a long way to increasing the popularity of cricket in different parts of the world. Plus, youngsters will also be attracted to the sport, further energizing them to actively engage in cricket in school. This will also change people’s perceptions and, in turn, motivate them to encourage their kids to partake in cricket.

In addition, children boost the recognition of the sport at the local and international levels. They also give the cricket players a heightened sense of self-esteem which leads to an outstanding performance.

Kids are always valued by both amateur and professional players in every sport as they represent a sign of success in a match.