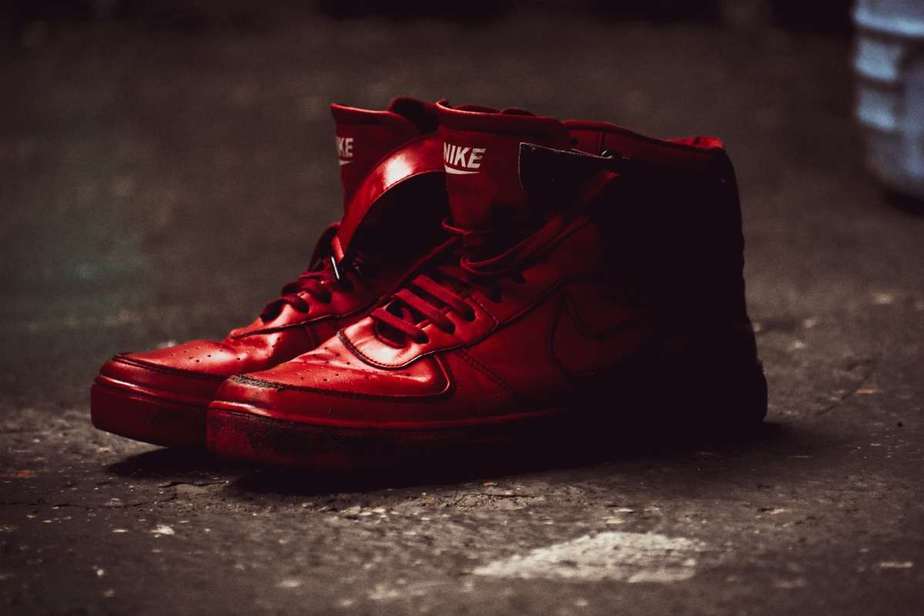 Basketball and tennis are somewhat similar sports when it comes to movement. Both sports have sudden bursts of speed and stops, side-to-side movement, and so on. You might think this similarity would make basketball shoes great for tennis and vice versa, but is that really the case?

Generally, it isn’t recommended that you play tennis with basketball shoes because they don’t have as durable outsoles as needed for harsh tennis courts unless you are playing tennis on an indoor court. However, it isn’t prohibited, so you can play because they offer the required lateral support.

That being said, the choice is ultimately yours, and you need to think about your situation about many things. To further understand what you should consider, stick with me a while longer so I’ll have the chance to explain it to you.

Can you wear basketball shoes for tennis?

So as I explained, the choice is yours whether you should wear basketball shoes for tennis so here are some great things to think about.

First off, where are you going to play tennis? Most basketball shoes are designed for indoors because basketball is played indoors except street b-ball. On the other hand, Tennis is nearly always played in 3 types of outdoor courts: Hardcourt, clay court, and grass court.

When it comes to clay courts, I would advise consideration because they can be really dusty and make your shoes dirty which isn’t good for indoor shoes. Grass courts, on the other hand, require a specific kind of tennis shoe with pimples on the bottom for traction; thus, basketball shoes won’t work there because they would be too slippery and dangerous.

Third, what kind of a player are you? How much you play basketball and how precious your shoes are for you is also something to think about. For example, if you are a serious basketball player who owns a pair of incredible quality shoes, I wouldn’t take them for a tennis session because they are too precious.

However, if you are a casual baller who may play once or twice a week if you feel like it and don’t really have any emotional connection to your affordable basketball shoes, I see no harm in using them for tennis.

What are the differences between basketball and tennis shoes?

Now, let’s compare tennis and basketball shoes so you can really understand why it isn’t so good to play tennis in basketball shoes. Also, I have some differences that really don’t consider playability, such as looks.

Uppers are one of the two main differences in addition to the sole type that the shoes don’t have in common.

Nearly all basketball shoes are high-tops for maximum support. Basketball players move 360 degrees with sudden and explosive movements, so the ankle support needs to be best.

There are also low-top basketball shoes that are the choice of few, and most of the time, these players are the fastest in the basketball courts because naturally, low-top shoes are more lightweight than high-tops. According to many studies, only 10% of basketball players use low-top shoes.

When it comes to tennis, these shoes also have great lateral support; however, tennis has so much side-to-side movement that high-tops will rub the ankles in a very unpleasant way in the long run. There are also high-top tennis shoes for those who prefer them, but tennis players usually use low-tops.

The main difference why you should really consider using basketball shoes for tennis is the outer sole.

The vast majority of basketball shoes are designed for indoor courts. As basketball courts are usually made out of hardwood or PU surface coating, the court’s surface is far more gentle for the shoes than harsh tennis courts.

When talking about the outer sole pattern, basketball shoes often have a herringbone pattern that provides traction for explosive sprints and sudden stops.

Moving on to tennis shoes that are more complex in terms of the outsole. As I already revealed, there are three kinds of tennis courts: Hardcourt, clay court, and grass court. In an optimal situation, all of these courts require a different outsole, but few tennis players have 3 different pairs of shoes.

The biggest difference between these courts and outsole requirements is that you can’t use grass-court shoes in other kinds of courts. This is because they are included with nubs or pimples, if you will, in the bottom for soft grass to provide traction. If you were to use these shoes on a hard or even clay court, the pimples would bend and break.

The herringbone pattern is also popular in tennis shoes; it is often found in hardcourt and clay court shoes for traction, keeping the clay off, and flexibility.

Durability is highly connected to whether it is an indoor or outdoor court, court type, and outsole.

Basketball shoes are less durable in general from the outsole; however, they are as durable as they need for basketball courts. For outdoor basketball, you should use shoes that are more durable than indoor models.

Tennis shoes are more durable overall, and there are differences between them as well. Generally, hard court shoes are the most durable tennis shoes because the surface is so harsh and hard. They are often equipped with the most shock absorption and cushioning because they can take a toll on the feet.

As basketball shoes have more cushioning, higher tops, and more material for lateral support, they are also heavier. That’s why when you see a basketball player wearing low-tops, they are often really fast players who prefer lightweight and speed.

Tennis shoes are lighter than basketball shoes, but the outsole is often heavier because the material needs to be firmer and denser to withstand the court surfaces. Tennis needs tremendous amounts of speed and reflexes, so any extra weight isn’t wanted.

The final difference between basketball and tennis shoes is the looks. I don’t know what you think, but in my opinion, basketball shoes look so much better and stylish than tennis shoes.

In basketball culture, the shoes are a big deal, and many basketball brands really invest in the design and looks, which really shows.

Tennis shoes look nice as well, but nothing close to basketball shoes. Many basketball players even collect different shoes, whereas that is unheard of in tennis, at least for me.

Are tennis shoes worth it?

In short, if you play enough tennis to justify a new pair of shoes for yourself, then they are definitely worth it. Tennis shoes offer unique durability for tennis courts, secure lateral support, proper cushioning, and comfort in the right places, which results in better overall performance.

If you want to learn more about the subject, I highly encourage you to read my in-depth article about it, where I walk you through all the steps you should think about and how to choose a pair of your own.

Can you play basketball in tennis shoes?

There are some exceptions. For example, if your tennis shoes are specifically meant for grass courts, you shouldn’t use them anywhere else because the nubs that provide traction on the grass would get broken on a smooth and hard basketball court.

Also, if you feel like something isn’t right when you play basketball in tennis shoes, then for the sake of your enjoyment don’t use them.

All in all, playing basketball in tennis shoes is better than playing tennis in basketball shoes.

Thanks for reading this article. I hope it brought you great value that you can implement into your own life! Below you’ll find my top tennis equipment recommendations would like.